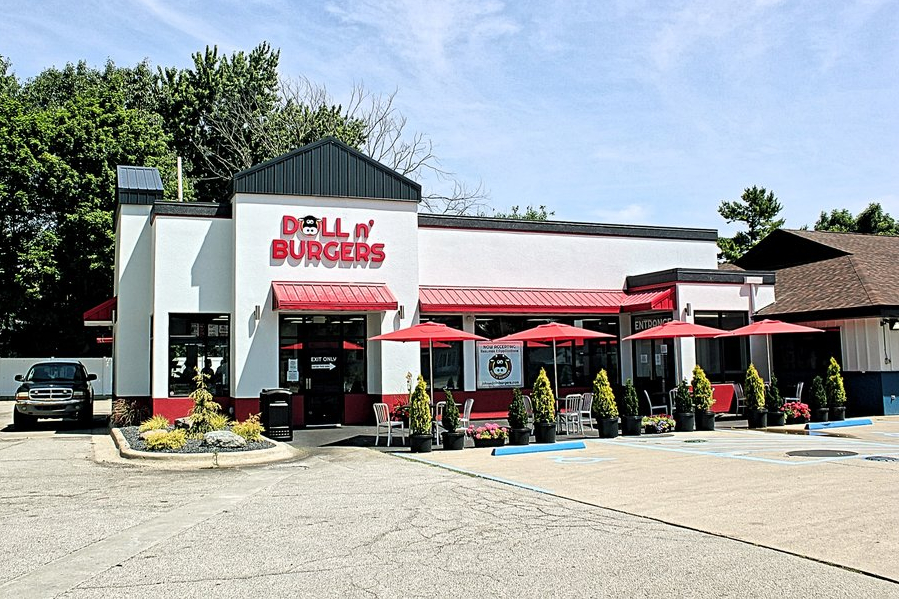 So it may come as no surprise that In-N-Out has filed yet another copyright infringement lawsuit. This time, the fast food chain is suing a Michigan restaurant called Doll n’ Burgers, with locations in Tecumseh and Jackson, according to the Daily Telegram.

In-N-Out is reportedly claiming Doll n’ Burgers has borrowed a little too liberally from its signature look, from a white, red and yellow color scheme to employees dressed in white shirts, red aprons and paper hats. In the lawsuit, reports the Daily Telegram, In-N-Out also mentions the restaurant’s similar “white cups with red graphics; open-ended burger wrappers; the use of a single ‘N’ in its name; a classic-car motif; and the layout of the indoor and drive-thru menu boards.”

The interior of both restaurants also feature a white and red-striped design and red furniture. In-N-Out’s interior design is registered with the U.S. Patent and Trademark Office.

Doll n’ Burgers has countered by saying that the “n” in their name is a play on founder Justin Dalenburger’s name. They also cited various other fast food chains that sport a similar color scheme, look and employee uniform to In-N-Out as well, from McDonald’s to Five Guys. It’s also worth nothing that there are no locations of In-N-Out in Michigan, and the chain doesn’t appear to have any plans to expand there.

Both businesses have hired marketing experts to find out how likely customers are to mix up Doll n’ Burgers and In-N-Out. Funnily enough, In-N-Out’s expert says the chance is 49.3%, while Doll n’ Burgers says it’s 0%.