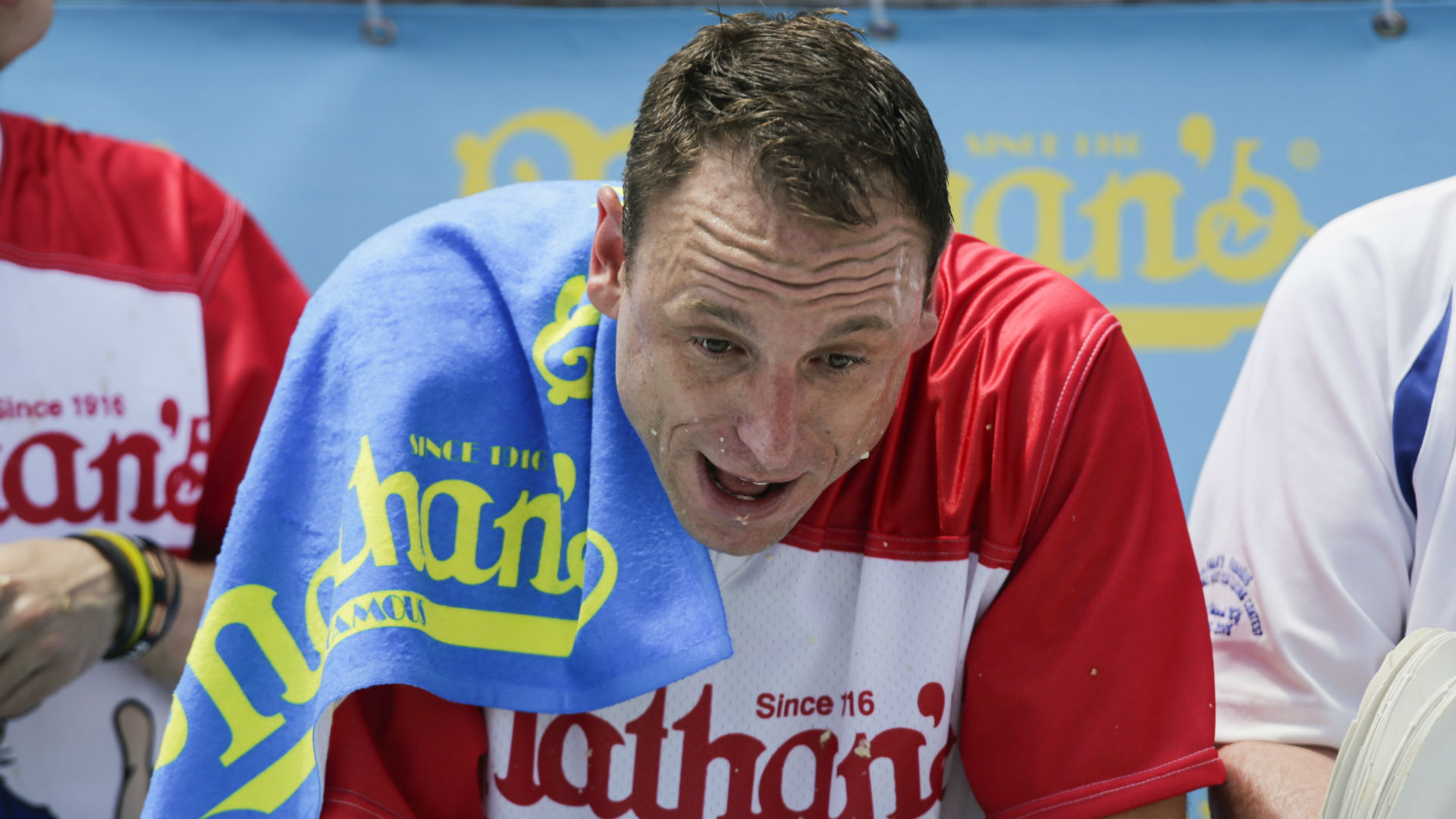 Joey Chestnut is the undisputed hot dog-eating champion of the world … a title that could be costing him hours of his life at a time, according to a recent food nutrition study.

According to findings released this week in the Nature journal (via The New York Post), one beef hot dog on a bun costs whoever eats it 36 minutes off their life, “largely due to the detrimental effect of processed meat.” Chestnut has eaten no fewer than 52 hot dogs in any Nathan’s Hot Dog Eating Contests since 2006. His lowest recorded number of hot dogs eaten in the competition, 32, came in 2005.

The information comes from researchers at the University of Michigan School of Public Health. Their study places foods in a “health nutritional index,” essentially ranking them by minutes gained or lost upon ingestion. The study ranked foods that ranged from 74 minutes lost, to 80 gained.

“Previous studies investigating healthy or sustainable diets have often reduced their findings to a discussion of plant-based versus animal-based foods, with the latter stigmatized as the least nutritious and sustainable,” the study reads. “Although we find that plant-based foods generally perform better, there are considerable variations within both plant-based and animal-based foods that should be acknowledged before such generalized inferences are warranted.

“In agreement with previous studies, this suggests that nutritionally beneficial foods might not always generate the lowest environmental impacts and vice versa.”

Joey Chestnut has eaten a combined 1,094 hot dogs since his debut at the 2005 Nathan’s Hot Dog Eating Contest, an event in which he is a 14-time champion. Using the findings of the study, that equates to 39,384 minutes off his life. That’s 656.4 hours, or 27.35 days. That doesn’t include hot dogs eaten during qualifying events or during training.

A small price to pay to be the world’s greatest competitive eater. Regardless, the study’s findings found their way to Twitter, where users quickly wondered how that affected Chestnut:

Joey Chestnut disappearing out of photos like Back to the Future.