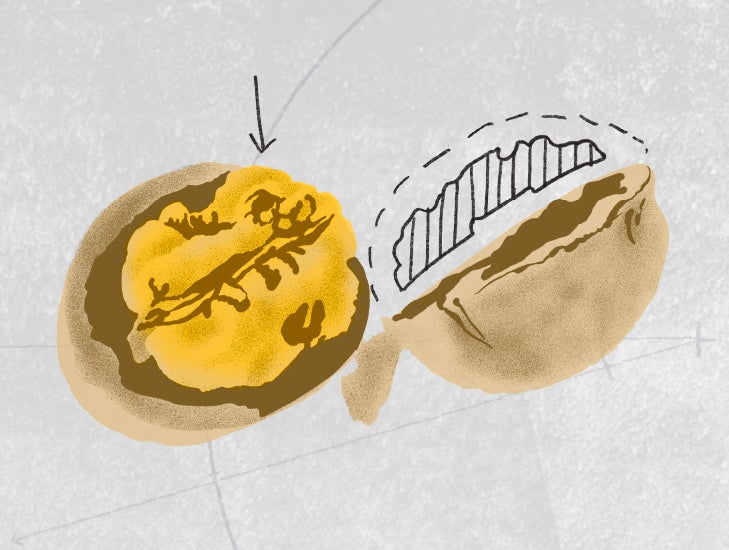 are a type of polyunsaturated fat — also referred to as “healthy fats” — praised for their potential protective roles in several chronic diseases, such as heart disease and dementia.

They are one of the key building blocks for cell membranes and remain a subject of interest in the scientific community.

DHA and EPA are the primary polyunsaturated fats in brain cell membranes and have been popularized and successfully as dietary supplements.

Omega-3 fatty acids are essential, meaning the human body is incapable of creating them on its own — the fatty acids or their precursors must be obtained from the diet.

For instance, ALA from plant seeds can be converted in the body to all the other types of omega-3 fats: EPA, SDA, DHA, DPA.

However, this conversion is quite , with rates of less than 3% of ALA being converted to DHA or EPA in males and less than 10% in females — warranting adequate dietary intakes of DHA and EPA themselves.

DHA, EPA, and DPA omega-3 fatty acids are synthesized by marine organisms such as algae and phytoplankton.

When consumed by fish, aquatic mammals, and crustaceans, the fatty acids enter the food chain and are stored in body fat, liver, and blubber. They are then later consumed by humans.

Food sources of DHA, EPA, and DPA include:

Sources of ALA include nuts and seeds, such as flaxseed, chia seeds, and walnuts as well as oils, such as echium seed oil, canola, and soybean oils.

According to the , most adults in the United States consume the recommended amount of omega-3 — 1.1 grams (g) for adult females and 1.6 g for adult males — in the form of ALA.

However, given that the conversion of ALA to DHA and EPA is , dietary intake of a combination of foods rich in ALA, EPA, and DHA is .

— also called low-grade inflammation — is linked to the development of , heart disease, and cancers.

Omega-3 fatty acids have been shown to exert effects in the human body and may aid in lowering markers of inflammation, such as C-reactive protein and interleukin-6.

In fact, omega-3 fatty acids are regarded as one of the most lipids capable of reducing oxidative stress and inflammation. It also potentially guards against the development of chronic diseases.

In a 6-week , daily supplementation with at least 1.2 g of DHA significantly reduced triglyceride levels and increased “good” cholesterol, or high-density lipoprotein.

In addition, omega-3 fatty acids lowered the “bad” cholesterol, low-density lipoproteins (LDL), when dietary saturated fats were replaced with and monounsaturated fatty acids found in plants foods such as nuts and avocados.

Elevated triglycerides and LDL cholesterol are linked to an increased risk for and .

However, a recent has shown no impact on a range of cardiovascular disease (CVD) outcomes from the use of omega-3 fatty acid supplements in patients with established CVD or raised risk factors for CVD.

On the other hand, omega-3 fatty acids have been shown to improve vascular health — the health of the blood vessels — by increasing the bioavailability of nitric oxide.

In a phase 2 scientific study, induced dilation (relaxation) of the blood vessels and led to a significant reduction in blood pressure.

May reduce the risk of heart disease

By reducing markers associated with an increased risk of developing heart disease — high triglycerides, cholesterol, and blood pressure — omega-3 fatty acids may reduce the risk of heart disease, according to a analyzing existing studies.

The same review concluded that high-dose daily supplementation with 4 g of purified EPA in people with elevated triglycerides levels led to a 25% reduction in cardiovascular events.

In their , Prof. Fereidoon Shahidi, professor of biochemistry at Memorial University, Canada, and Prof. Priyatharini Ambigaipalan, currently at the School of Science and Engineering Technology at Durham College, also in Canada, identified evidence of health benefits from omega-3 in noncardiovascular health conditions.

Omega-3 fatty acids may improve the efficacy and tolerance of chemotherapy and is a potential supportive treatment to people undergoing cancer treatment.

A of over 2,000 participants showed a beneficial impact of EPA omega-3 fatty acids on depression, with DHA showing little benefits.

This finding is supported by other studies included in Prof. Shahidi’s and Prof. Ambigaipalan’s review, indicating that fish oil supplementation helps protect against major depressive disorder in people between the ages of 15 and 25 years.

Furthermore, moderate intakes of fatty fish and seafood were associated with fewer occurrences of depression.

Omega-3 fatty acids have been successfully marketed as heart-friendly and reported to reduce the risk of adverse heart disease-related outcomes.

However, its role and health benefits for some conditions have been challenged and discredited. This Cochrane report review found no evidence of the benefit of omega-3 supplements on heart disease, stroke, or death.

Here are some conditions that omega-3 fatty acids may not prevent or improve, based on the latest scientific evidence.

Prof. Shahidi and Prof. Ambigaipalan also found that the consumption of omega-3 fatty acids does not reduce the risk of adverse heart disease-related outcomes, such as sudden cardiac death, heart attack, or stroke, even in individuals without a history of disease.

Although omega-3 fats lower the risk of developing heart disease by lowering triglyceride, the “bad” cholesterol LDL, and blood pressure, a meta-analysis of over 80,000 individuals found that their supplementation prevented death from all causes nor heart disease.

Anti-clotting effects of omega-3 fatty acids have been proposed by reducing platelet aggregation. However, this finding has been controversial, and the evidence in this regard is — typical doses of omega-3 fats from foods and supplements have a mild effect.

suggests that increasing omega-3 intake does not prevent or treat diabetes.

It does not affect fasting blood sugar, insulin resistance, or glycosylated hemoglobin in those with type 2 diabetes and metabolic syndrome.

Omega-3 fatty acids have been reported to the complications of some cancer patients, and early findings look promising. However, there is no evidence of any action of omega-3s preventing the development of cancers.

In a meta-analysis of over one million people, a particularly high intake of omega-3 fats — 5–15 g per day — did not significantly reduce lung cancer risk, and in some cases, the risk of developing lung cancer.

Therefore, too low or too high omega-3 intake may be harmful.

Omega-3 polyunsaturated fatty acids are essential compounds that are key building blocks for cell membranes, particularly in the brain.

For decades, they have been the subject of scientific interest, but findings have been controversial and inconsistent.

The evidence shows that omega-3 fatty acids have anti-inflammatory properties and may lower cholesterol, blood pressure, depressive episodes, weight loss during cancer treatment, and the risk for heart disease.

However, omega-3 intake does not reduce the risk of adverse and severe heart disease-related outcomes, including sudden death and stroke. Additionally, it cannot prevent or treat diabetes or prevent blood clots.

This is an emerging area of evidence, and further results will continue to inform health recommendations.