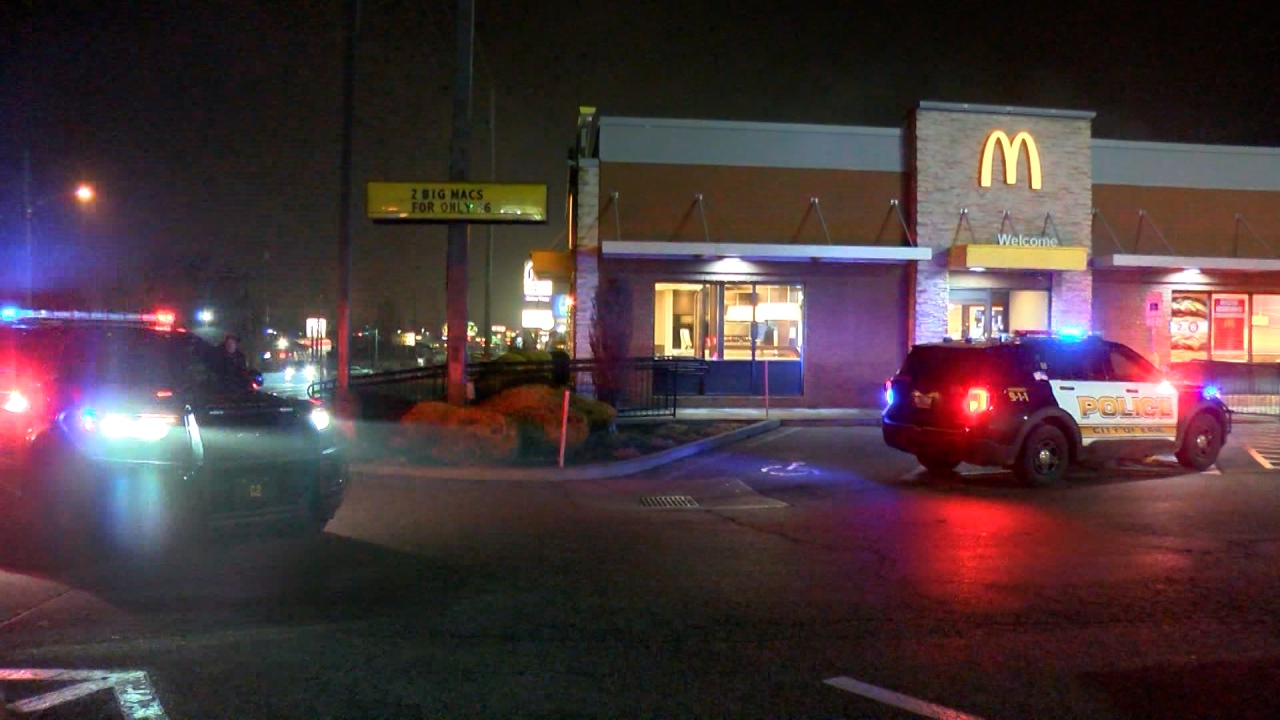 Police arrest one woman after a gunshot incident inside of a local McDonald’s.

Taken into custody is 32-year old Shawna Ellis. Ellis is awaiting arraignment at this time.

The incident happened just before 7:00 p.m. Thursday at the McDonald’s in the 4300 block of Peach Street.

According to Erie Police, Ellis walked into the restaurant and pulled a gun on her alleged ex and the woman that he was with. Ellis fired off a round but no one was hit, according to police.

She reportedly attempted to fire off another round but the gun jammed. She then pistol whipped the other woman before leaving the scene. The victim was taken to the hospital for minor injuries.

“This individual came into a fast food restaurant and fired a round off. Obviously, there were patrons in that area so it is very concerning. It was put at the highest level for us to find her and we were able to do that and she is now under arrest.” said Rick Lorah, Deputy Chief of the Erie Police.

The suspect is facing charges including attempted criminal homicide. Her bond is set at $250,000.