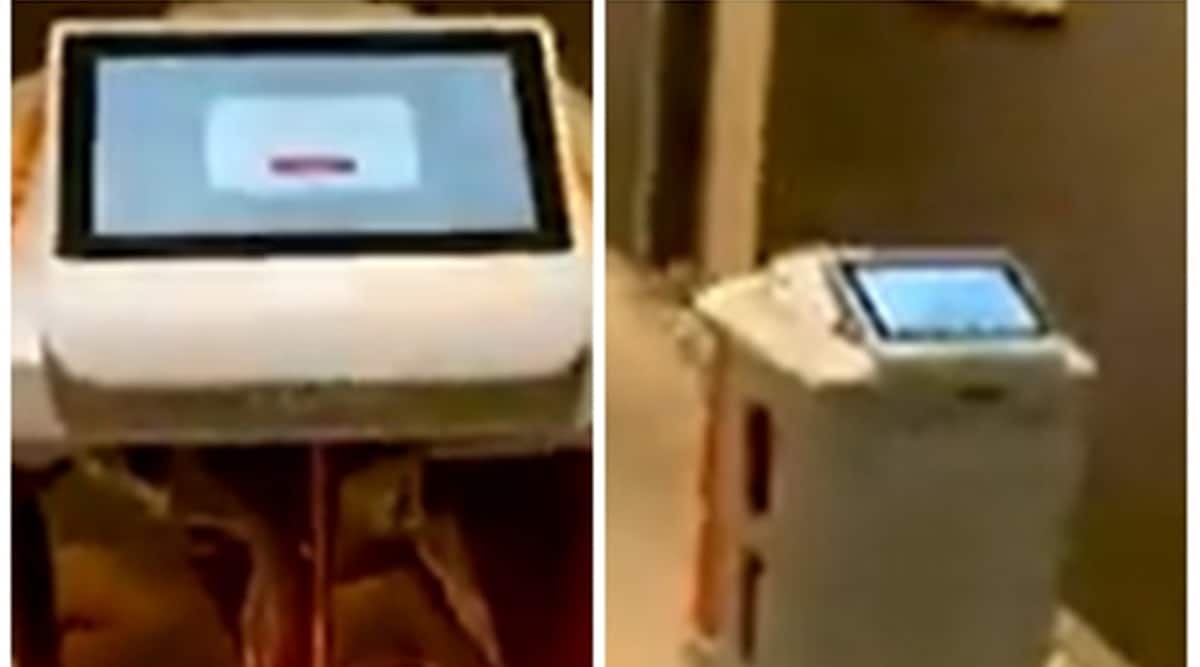 The Winter Olympics is round the corner and due to a spike in the number of fresh cases of Covid-19, stringent restrictions are in place. And in a bid to reduce human interaction, robots have replaced the room service staff at a Beijing hotel.

A video shared by Reuters shows how a robot delivers food to the guests with ease and perfection. The robot arrives in front of the door and the guest types a pincode and then the robot reveals the packed food. After the guest takes the food item, the robot closes and moves back.

A Beijing hotel is using room service robots as the Winter Olympics approaches. Robots arrive at the guest’s door, the guest types a pin code into the robot and the robot opens to reveal the food. Once the guest has taken the food out the robot closes and moves off pic.twitter.com/NRbDCvhQBg

In another video shared by Reuters, lunch is seen served from the ceiling. The media dining area has grabbed attention with the robotic replacements. Robot chefs assemble hamburgers and deliver dishes to tables from an overhead grid at the main press centre.

According to ABC News, Covid protocol will be strictly implemented for visiting media, athletes and officials during the Winter Olympics, compared to the games in Tokyo.

As per a Reuters report, the perimeters of Beijing’s “closed loop” are sealed and guarded. People in the loop are required to have a daily PCR test administered by the staff. Participants will need to scan their passes and wait for a green code to confirm they have tested negative for Covid in the last 24 hours. There will be no food delivery from restaurants outside the loop.

“Ultimately, I think it will be difficult for China to prevent the widespread Omicron transmission but the Olympics themselves should be manageable because they are a discrete event that can be tightly controlled with huge resources applied to the task,” Michael Baker, professor of public health at the University of Otago in Wellington was quoted as saying by Reuters.

Domestic spectators are not allowed to attend the event which will commence on February 4. More than 2,000 international athletes along with 25,000 other stakeholders are expected to reach China for the Winter Games, a Reuters report said.