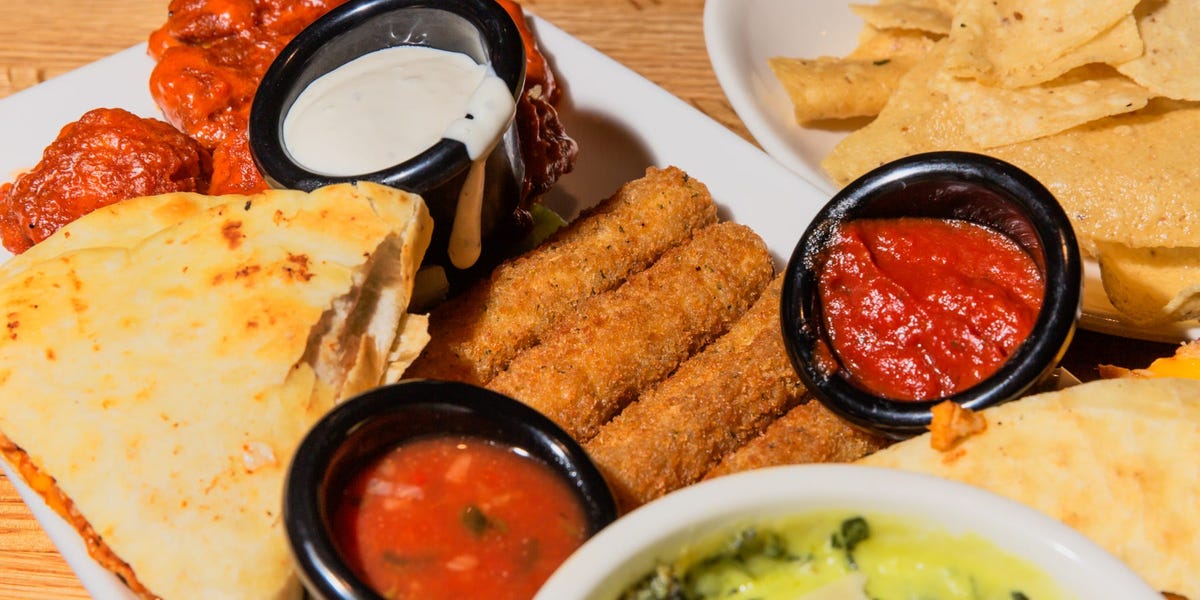 Some companies like fast-food chains are offering free food and discounts to convert customers into new hires during the labor shortage, a hiring executive said.

“A lot of our restaurant clients have been using their current customers as folks that they want to passively recruit to,” Kelly Ann McGrath, vice-president of client success at Outmatch, told Insider.

McGrath declined to name specific examples. But fast-casual chain Applebee’s, for example, offered free appetizers to everyone who came for interviews during its national hiring day in May as it tried to fill 10,000 roles.

Read more: Experts reveal how Grubhub lost its first-mover advantage — and how things could get worse for the once-dominant restaurant delivery player

It’s not just fast-food chains offering perks like these to new hires.

Omni Hotels and Resorts is giving new employees three free nights at an Omni hotel of their choice. A hotel in Washington State, meanwhile, is giving staff $15 in bar credits per shift so they can get a free meal at its restaurant either during or after their shift. Outside of working hours, staff get a discount at the restaurant, too.

She said this was a cost-effective way of recruiting staff and could also cut down the amount of training time needed because they’re already familiar with the brand. And their brand loyalty “could translate to employee retention, something restaurants can’t afford to sacrifice in such a tight labor pool,” she added.

Restaurants are struggling to find labor

Restaurant chains including McDonald’s, Chipotle, and Starbucks are raising wages to attract new hires amid the current labor shortage, leading to what one burger-chain owner called a “bidding war for staff.” McGrath noted that this was mainly at larger companies.

Some are rolling out other benefits like free tuition, sign-on bonuses, and even free iPhones as they scramble to find workers.

“All companies are vying for the same talent,” McGrath said.

A pizza chain franchisee in Iowa even said that he’s asking his general managers to poach workers from rival restaurants. “Everything is fair game” in the scramble for labor, he said.

The labor shortage, coupled with soaring ingredients costs, is causing some restaurants to slash opening hours and raise prices. A restaurant owner in Maine told Insider that ingredient shortages were forcing her to close her restaurant an hour early every day, while a New Jersey pizzeria owner said that he’d had to raise menu prices for chicken wings by more than 50%.

“A lot of our clients are just struggling overall,” McGrath said, adding that they had a much quicker turnaround for finding new staff, too.

Joblist CEO Kevin Harrington told Insider that the tight labor market was primarily driven by people leaving entry-level, hourly-paid, and customer-facing jobs, and that as a result the hospitality industry was being especially hard hit.

M Culinary Concepts, which says it’s the largest catering company in the Southwest, told Insider that it was finding it “extremely difficult” to find people to staff weddings, parties, and business events.

It said that M Culinary usually has more than 1,000 staff on its rota, including hundreds of seasonal workers, but that it was struggling to find enough drivers, cooks, warehouse workers, and event servers.

Do you work in the restaurant industry? Got a story? Email this reporter at [email protected]