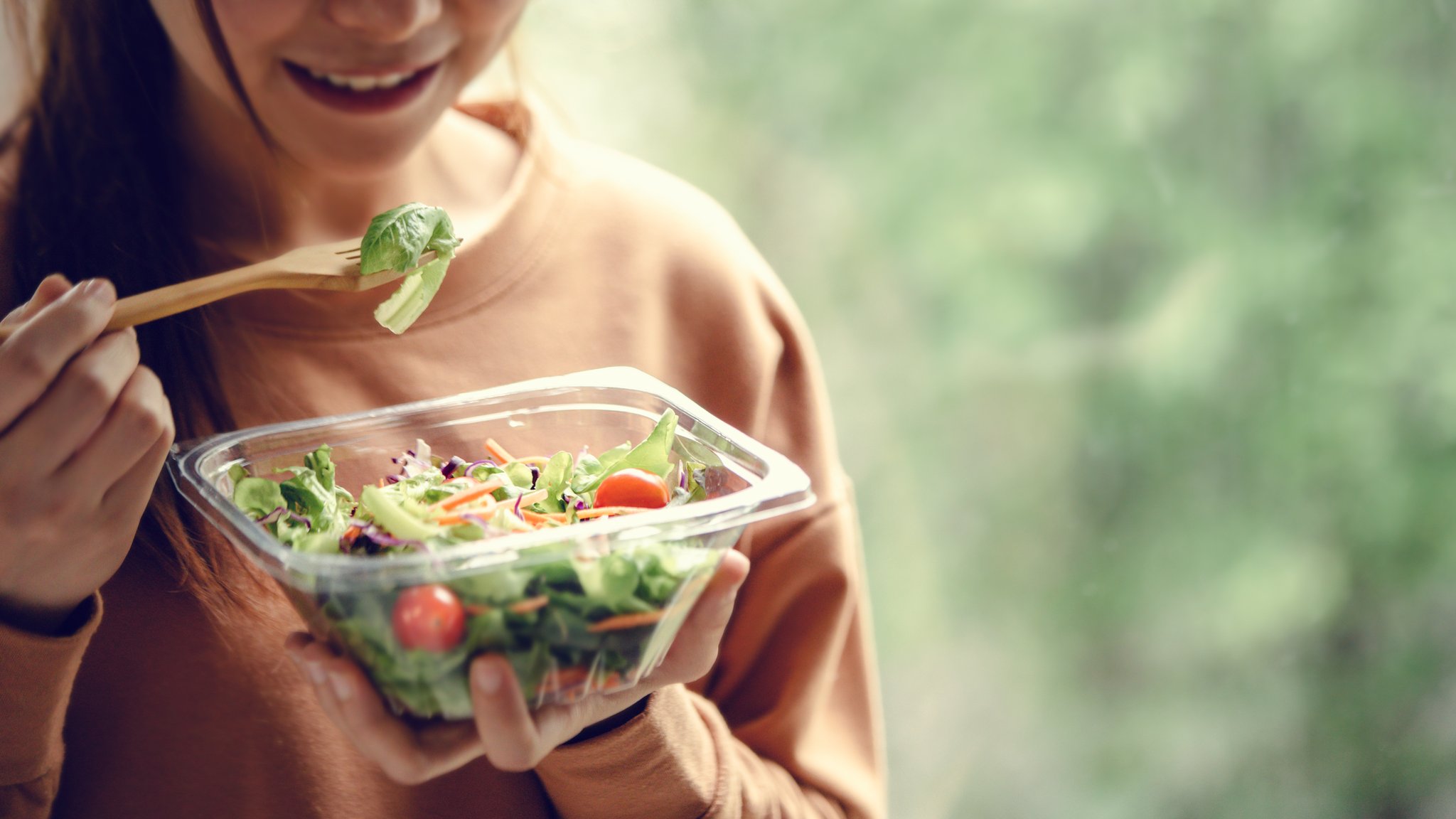 Buying food and drink in 2022 is 5.9% more expensive on average than it was in 2021, according to the Office for National Statistics CPI measure of inflation

The i newsletter cut through the noise

So, if you’re finding your pounds no longer stretch as far as they once did, how can you eat a healthy diet on a budget?

NationalWorld has gone to food experts for their best advice.

Eating a good diet on a budget is difficult but not impossible, experts have told NationalWorld (image: Adobe)

What impact is the cost of living having on healthy diets?

Even before the cost of living crisis had depleted household budgets, the UK’s least well-off households were struggling to afford to eat healthily.

The report also found healthier foods were nearly three times as expensive calorie for calorie as less healthy foods, while children in the most deprived fifth of households were almost twice as likely to have obesity as those in the least deprived fifth by ages four to six.

Healthy food is much more expensive in the UK than unhealthy food (image: Adobe)

With the cost of living now getting more expensive, Sarah Coe – a nutrition scientist at the British Nutrition Foundation – says it’s “likely to increase the pressure on many people who were already finding it difficult to afford a healthy diet”.

“Households experiencing food poverty in the UK are growing in number, meaning more people are without access to nutritious food and are instead relying on cheap, energy-dense, nutrient-poor foods.”

So here are tips from both Sarah Coe and Professor Alex Johnstone from the Rowett Institute of Nutrition and Health at the University of Aberdeen on how to eat a healthy diet on a budget:

But it can also help you to find lower cost options that hit all of the key food groups, says Sarah Coe.

Planning your shop ahead of time can not only save money but can also help you eat more healthily (image: Adobe)

“A healthy, balanced diet would include plenty of fruit and vegetables and fibre-rich foods from a variety of sources, protein from a range of sources especially beans, peas and lentils, some dairy foods or fortified alternatives, and some ‘healthy’ unsaturated fats,” she says.

“These, particularly higher fibre varieties like wholewheat bread, wholemeal pasta, brown rice and potatoes with skins can be useful foods to base meals on.”

Most food and drink items you find in UK supermarkets carry nutrition labeling on their packaging.

This labeling can sometimes take the form of a traffic light, which shows you how a food or drink item weighs in when it comes to food groups we need to be careful with, such as saturated fat, sugar and salt.

Traffic light labeling on food packaging can tell you how healthy the product is (image: Adobe)

“Green colour-coded sections on the traffic light front-of-pack labels mean it is a healthier product, in comparison to red labels,” says Professor Johnstone.

If there isn’t a traffic light label on the food’s packaging it should be noted that categories like cakes, biscuits and sugar-sweetened drinks are generally high in saturated fat, salt and sugars (HFSS foods).

“These are not needed and should be consumed less often and in smaller amounts,” says Sarah Coe.

“Eating too many energy-dense foods that are high in fat or sugar can increase the risk of obesity, which can in turn lead to further health problems like type 2 diabetes, heart disease and stroke.”

Professor Johnstone says: “Canned and frozen vegetables may have a higher nutrition value in comparison to produce that is old and over-cooked.”

She is echoed by Sarah Coe, who adds: “Fruit and vegetables are often cheaper if you buy them canned or frozen and will still count towards your 5 a day.

Fruit and veg does not need to be bought fresh to make it healthy (image: Adobe)

“If buying canned fruit and veg these should be in natural juice or water with no added salt or sugar.

“If you want to buy fresh fruit and vegetables, look for varieties on offer in the supermarket each week.

“Some supermarkets also sell ‘wonky’ fruit and vegetables which are just as nutritious but vary in shape and size, so tend to be a bit cheaper.”

It’s not just fruit and veg that can be both cheap and healthy when coming in tins, Sarah Coe says.

“Good value protein sources include canned beans, like kidney beans, chickpeas and lentils. These are also high in fibre,” she says.

“Frozen fish and canned oily fish such as sardines and salmon can be cheaper than buying fresh fish. Oily fish are high in omega-3 fats which can help to keep the heart healthy, plus frozen and canned varieties can be easy to prepare and have a long shelf-life.

Coe says that if you’re buying frozen, go for items that don’t have “added ingredients like breadcrumbs or batter”.

According to Professor Johnstone, scratch cooking is a cheaper way of getting your nutrition.

“It would be cheaper to buy ingredients – like veg and cheaper cuts of meat – to make a meal from scratch rather than buy it prepared,” she says.

“This requires some planning to buy the correct ingredients and the ability to budget for gas and/or electricity.”

One of the measures it recommends is heading to your local food market.

But if you can’t make it along to one because of timings or distance, larger supermarkets will often have a better range of produce that’s often cheaper.