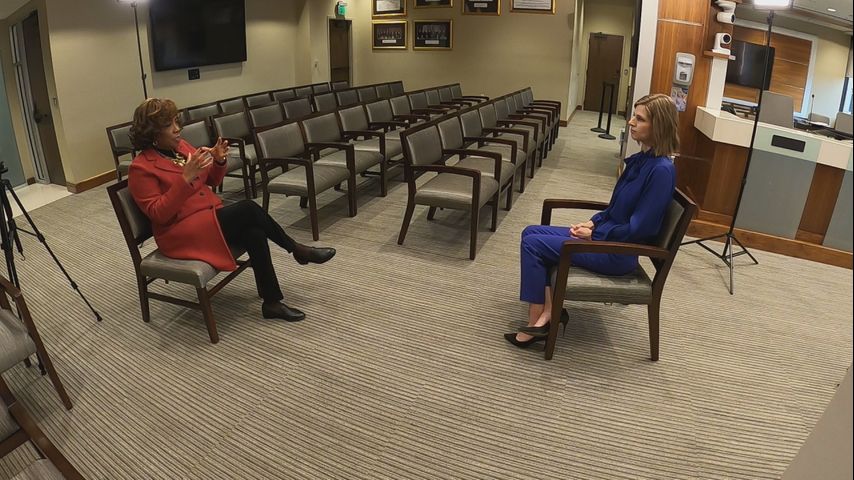 BATON ROUGE – An idea planted three years ago has taken root and sprouted. It’s the seeds for a healthy community in East Baton Rouge Parish.

The idea has buy-in from different levels – even doctors who see patients from neighborhoods in so-called “food deserts.” There are thousands of people in Baton Rouge who don’t have access to fresh, healthy food options. Bringing healthy food options to people is a top priority for Mayor-President Sharon Weston Broome.

The Mayor’s Healthy City Initiative, also known as HealthyBR, started looking at how to close the grocery gap.

“The ultimate goal is always to bring in a grocery store, but we realized that process was taking longer and in the meantime, we had to do what we felt we could do to help close that gap that existed in our community,” Broome said.

It’s why an initiative under the mayor’s office and HealthyBR was born. Geaux Get Healthy works with non-profit partners to tackle food insecurities, specifically in areas where grocery stores are few and far between.

Kelli Rogers is Geaux Get Healthy’s project manager and facilitates collaboration between partners to tackle that insecurity.

To address food insecurities, the initiative invested in several partnerships to close the gap in communities of disinvestment. It started in 2019 in the 70805 zip code, where a large portion of the population doesn’t have access to a vehicle and few grocery stores offer fresh produce.

The initiative has invested $3 million into the community to assist in closing the grocery gap.

“Not only have we assisted in closing the grocery gap, we are educating people in the process about healthy living, we are giving people education around community gardens and the benefits of starting a garden,” Broome said.

Last month, 2 On Your Side visited one of those community gardens. Some of the food grown at those gardens is offered to people who need it. Some of it is donated to other avenues, and some are sold to partner Top Box, which delivers food door to door. Top Box also works with corner stores that sell fresh produce to its customers.

At one clinic on Airline Highway, doctors are screening patients for food insecurity. At Our Lady of the Lake North Clinic, physicians educate patients on how to cook healthy, how to incorporate those meals into their diet, and why those choices are important.

As part of Geaux Get Healthy, Broome reached out to Dollar General to see if fresh produce could be stocked on shelves in Baton Rouge. At the start of the pandemic, it finally happened. Now there are five Dollar Generals in the city that offer fresh options to their customers.

The initiative has been expanding and this year, it’s all about sustainability so the project lives on through its partners years from now.

“I believe that the work of HealthyBR, especially when it comes to food access has certainly been a game-changer for our community,” Broome said.

That grocery store goal is still on the horizon. The mayor says with development happening in north Baton Rouge, it will become attractive to grocery store companies once again.

“But even now through our HealthyBR and Geaux Get Healthy, it would still compliment whatever grocery store evolves in that community,” Broome said.