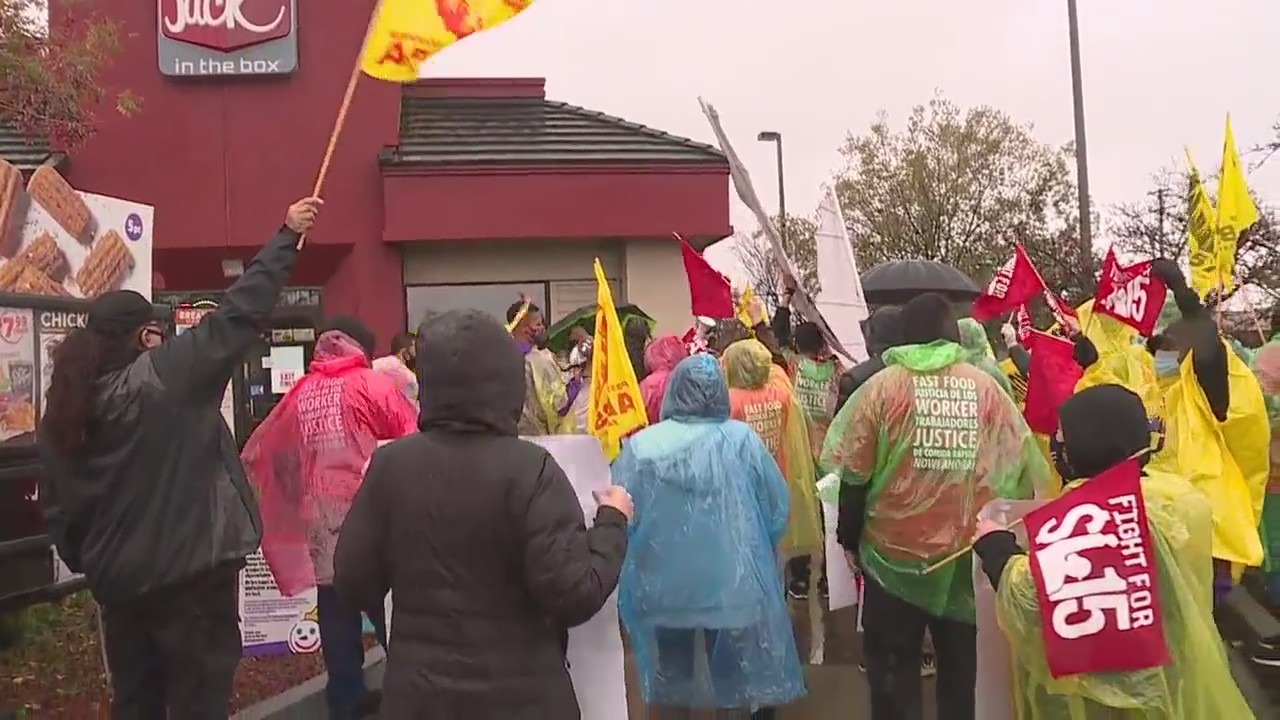 FOLSOM, Calif. (KTXL) — Local fast-food workers told FOX40 the conditions they’ve been forced to work under need to change, and it is the reason why they hit the picket line Tuesday in Folsom.

The demonstration happened in front of a Jack in the Box on Greenback Lane, and workers from fast-food restaurants across the area turned out to speak up.

The workers wanted to be loud and clear about the fact that they wanted to be respected on the job and have the safety supplies they need to work during the pandemic and around potentially dangerous equipment.

Even with police being called out on them by managers of the restaurant on Greenback Lane, the workers and lawmakers attending felt it was important to stay put and push for new state laws like Assembly Bill 257 to give them a voice in how the industry is run.

“We didn’t have any supplies for the first-aid kit, no bandages, no adhesive, no nothing,” Navarro explained. ”Called my boss; they didn’t answer. I called another manager. They told me to ask a coworker for a Band-Aid and then after all of that, they told me to put mustard on it.”

“Personally, I’ve worked here about four summers. Every summer, it’s always the same: AC broken. Seven days a week, five it’s broken,” said Jack in the Box employee Maria Hernandez. “ And they fix it — right away, breaks again, working in the heat. We actually had the manager have one fan and she put it in the office for her.”

FOX40 called to the Folsom restaurant to ask for comment from a manager but an employee hung up on the call. Multiple messages were left when the phone wasn’t answered.

Someone claiming to be the manager of the restaurant called back but declined to give his name and referred FOX40 to the corporate office.

FOX40 reached out to Jack in the Box’s corporate office but have yet to hear a response.