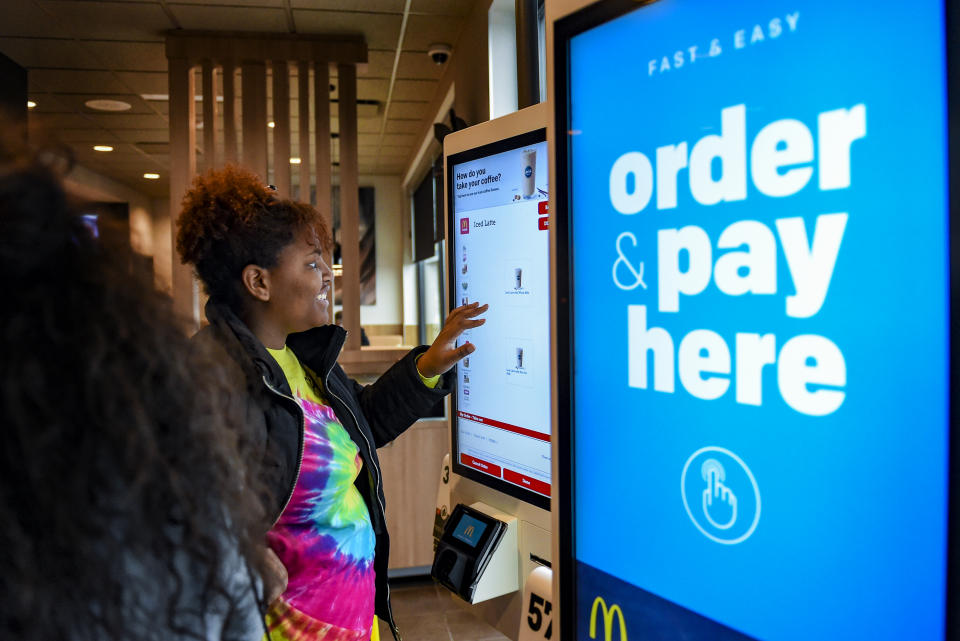 Inflation, ongoing consumer demand and early stages of tech integration took over the fast food industry this past year.

As Wall Street looks to 2023, it expects those key trends and others to stick around. Top trends to keep an eye on in the New Year include ongoing price action, investment in digital, restaurant design, and tipping, experts told Yahoo Finance.

In 2022, menu prices increased by 12.9%, per new data from Pricelisto.com. Consumers can expect that number to rise even more in the New Year, according to analysts.

“You’re going to continue to see some more pricing in 2023,” Peter Saleh, BTIG managing director and restaurant analyst, told Yahoo Finance, as fast food giants “try and offset some of these inflationary pressures, which for the most part right now really haven’t really eased yet.”

Per the November Bureau of Labor Statistics Consumer Price Index (CPI), the cost to dine out is still up 8.5% compared to last year, up 0.5% month-over-month. Saleh noted “what they took did not fully offset the mid to mid-teens commodity inflation… They’re not back to kind of even on that front.”

Morningstar Analyst Sean Dunlop is on the same page. “We’ll particularly see that [higher prices] in the first half of the year, because a lot of operators are still looking at their own basket of costs increasing in the high single digits or sometimes low double digits.”

The consumer isn’t expected to pushback in 2023 though. Katie Thomas, lead at Kearney Consumer Institute, is “bullish” on the consumer.

“We’re not seeing consumers pushing back too much quite yet…they’re still sort of absorbing it in the reality of the day to day, and especially even post pandemic, they still want to get out and eat out,” she said.

“Once we’re through the holidays into 2023, that could start to happen … but we’re still pretty bullish on the consumer right now … They’re, they are just absorbing these price increases,” Thomas said.

There is an upside for the fast food giants though. Saleh said, “A lot of the restaurants will have to continue to take some incremental pricing on, because the margins have just really come down substantially across the space.”

Digital is ‘the wave of the future’

Pandemic-era adoption of digital is here to stay … and growing.

At Yum! Brand’s recent investor day, CFO Christopher L. Turner said his aspiration is that, “Someday, 100% of our sales should be powered by digital.”

Other chains are also seeing an increasing amount of sales come through its digital channels.

In the recent quarter, McDonald’s saw nearly $7 billion in digital sales, a third of total sales. At Chipotle, more than one-third, 37.2%, of total food and beverage revenue, which was $2.2 billion, were digital.

Restaurant Brands International’s digital sales grew 26% year-over-year, to $3.4 billion, representing a third of total sales. Following the quarterly report, the company, which owns Popeyes, Burger King, Tim Hortons and Firehouse Subs, named Patrick Doyle as Executive Chairman. Dolye is best down for driving digital growth as the former CEO of Domino’s Pizza from 2010 to 2018. Earlier this year, Burger King announced a $400 million plan to bring it into the future, including advertising and digital investments.

Don’t expect any slowdown soon either, Saleh told Yahoo Finance. There will not be “pullback and spending on trying to drive digital,” he said.

“I think this is the wave of the future, almost every company out there is trying to drive more digital mix … We’re going to continue to see that in ’23 and ’24 and, and for many years to come.”

Restaurant design that lead with digital

Speed, accuracy, and efficiency are the name of the game in 2023. Companies like KFC, Starbucks, McDonald’s, and Burger King announced investments in restaurant layouts and redesigns in 2022.

“Our top priority is to have resilience in our digital channels because reliable store operations is just a must for our customers and our partners,” Lefevre shared on the day.

Morningstar Analyst Sean Dunlop said this wave of companies investing in everything from in-store layout to delivery to drive-thru lanes is to ensure that “omni-channel experience is relatively homogeneous for the customer.”

Digital tipping rolled out on the Starbucks mobile app which is “a complement” to its previous model, Chief Strategy & Transformation Officer Frank Bitt said at during Starbucks’ Investor Day, adding the feature provides “more opportunities for customers to celebrate the great work our folks do.”

Saleh expects it to stay at Starbucks, despite growing criticism.

“I don’t think they’re gonna go back on [it] … Whether customers utilize it or not? I don’t know. I think it’s here to stay.”

Dunlop said don’t expect it at other fast food chains, as they are already “competing on convenience and price.” Anecdotally, he said, “I wouldn’t expect to tip for an ice cream at McDonald’s drive thru.”

And don’t feel like you have to leave a tip, according to Ted Rossman, Bankrate.com and CreditCards.com senior industry analyst.

“I don’t think you need to feel compelled to tip for fast food or a simple coffee pickup …even if it’s awkward to have to push the ‘no tip’ button on the payment terminal.” Rossman, however, did say, “It’s a nice gesture from time to time if you’re a regular at a certain coffee shop.”

Rossman does warn that he expects the broader restaurant industry to utilize “pre-entered tip suggestions in the future.”

“Technology is enabling this sort of tipping, whereas the flip side is people carrying less cash and perhaps being less able to drop a few bucks in a physical tip jar or hand cash to a valet or bellhop,” he said.

Brooke DiPalma is a reporter for Yahoo Finance. Follow her on Twitter at @BrookeDiPalma or email her at [email protected]