What is Bare Shelves Biden and why is it trending? 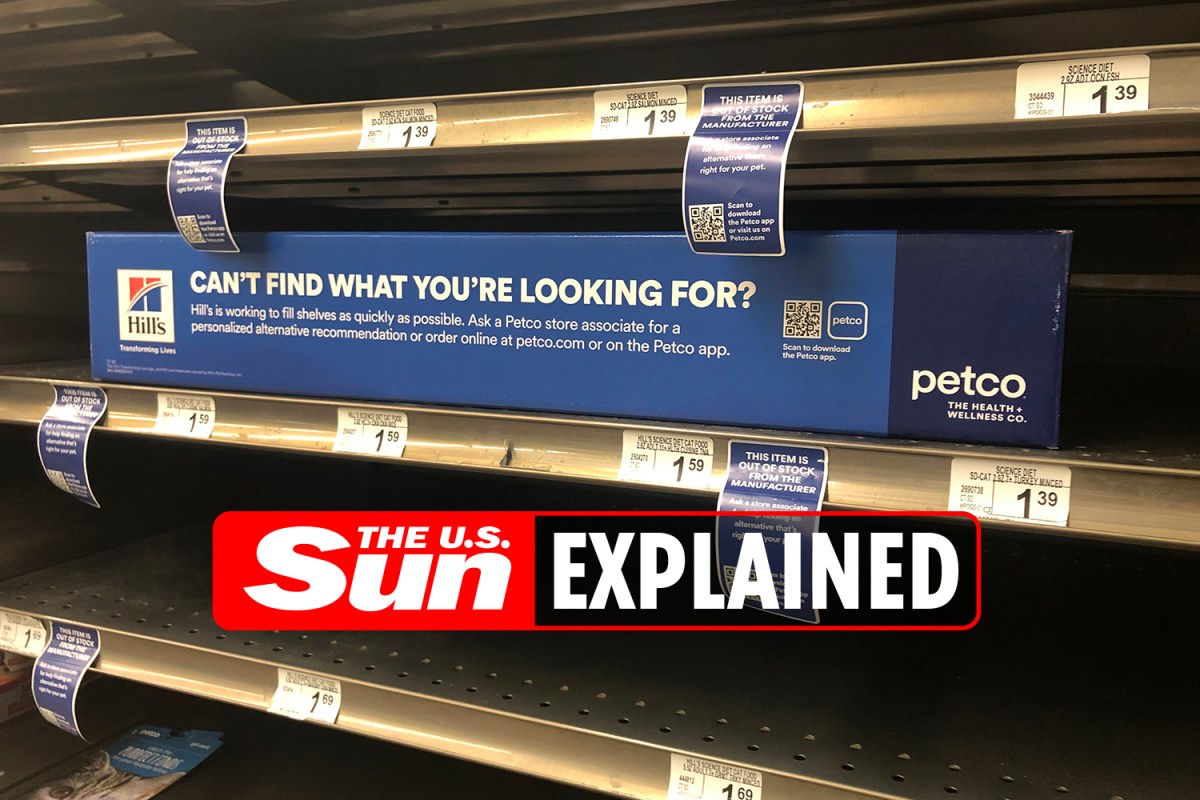 THE hashtag Bare Shelves Biden resurfaced for the second time since October on Monday.

Food shortages across the US are causing widespread panic as grocery store shelves are depleted and people search for pantry items.

What is Bare Shelves Biden?

Bare Shelves Biden is trending on Twitter as many claim their grocery store shelves are empty.

The hashtag began trending in October 2021 and resurfaced on January 10 as many complained they were unable to find staple items like pasta, canned goods, and pet food.

Grocery store shoppers are seeing bare shelves rivaling that of the beginning of the pandemic due to supply chain issues, inclement weather, and staff shortages caused by the new Covid-19 variant, Omicron.

In Midland County, Michigan, locals say they are being forced to buy what’s available, rather than purchase what’s on their grocery list.

County resident Nichole Taylor told Midland Daily News, “(There’s) not as much variety as there used to be, especially with paper goods, household cleaning items such as laundry products, soft drinks and even frozen items.”

“If there’s a disruption in one sector. So, let’s say the port delays that we’re seeing frequently on the news today, that will impact our ability to take products off container ships, get them into a truck, get them onto a rail, get them into a distribution center, get them sorted and out to deliveries to the stores and then to the consumer’s home,” DePuy said.

However, the complaints coming from across the US accuse President Joe Biden of being at fault.

The complaints link Biden to his Build Back Better agenda, saying this is the cause of the food shortages.

“The shortages we are experiencing are due to supply chain backlog and linkages,” he added.

Although the complaints are coming from US shoppers, similar issues are being encountered worldwide as countries including Canada and Australia encounter bare grocery store shelves.

What are people saying on social media?

Posts on Twitter range from blaming President Joe Biden and claiming the empty shelves are caused by the Democrat party.

“Well, the democrats are behind the actual #BareShelvesBiden, sooo….” one person tweeted while another said, “Yep… @JoeBiden is destroying the very fabric of America…this is his doing…and more is to come… #BareShelvesBiden.”

Adversely, comments made on posts showing bare shelves argue that food shortages are due to a lack of labor.

“What he’s not showing you is the rest of the store which is fully stocked,” one person responded to a video of empty shelves at a store in Virginia.

“This is Produce, which is stocked with fresh items, the distribution, and supply of which has been affected by the WEATHER.

“You folks losing your minds over this must’ve missed I-95 being shut down.”

What happened the last time Bare Shelves Biden was trending?

But the photographs were proven to have been months or years old. According to the fact-checking site, Snopes, the photo associated with former President Donald Trump was taken in Melbourne, Australia in 2012.

Meanwhile, the photo associated with President Joe Biden was taken in South Carolina during Hurricane Florence in 2018.

A closer look at the photo showed the prices were listed in British pounds and it was taken in the UK in 2020, at the beginning of the pandemic.

How Will Americans Eat Next Year? Food Predictions for 2022