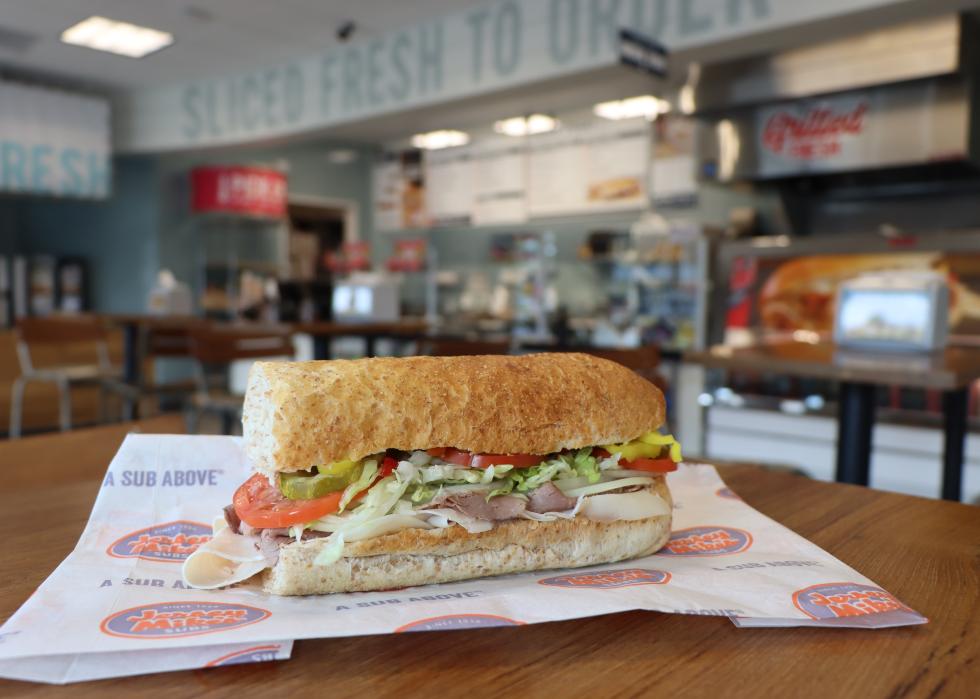 (Stacker) – Fast food restaurants rose to fame during the 1950s and 60s during the advent of the American highway system. The pairing seemed like a match made in heaven: Traversing long open roads for hours on end take a lot of energy, and few options feel better than a pit stop at a fast food restaurant along the way.

Satiating the U.S.’s on-the-go lifestyle and car-centric infrastructure were the likes of McDonald’s, Wendy’s, Burger King, and others – all of which you’ll find along California’s interstates and suburban thoroughfares.

In recent years, some Americans have grown more conscious of just how unhealthy some fast food options are. Newer options have cropped up to meet new demand for cleaner, healthier fast food. Rather than hoping for people to change their minds and return to their greasy burgers and salty fries, legacy restaurants pivoted to introduce healthier, plant-based options, often to rousing success.

Stacker compiled a list of the most common fast food chains in California using data from the Friendly City Lab at Georgia Tech. Surprisingly, In-N-Out didn’t even make the cut. While it may be No. 1 in people’s hearts, it would’ve needed at least 275 locations to break the top 20. In reality, there are only 263 In-N-Out locations around California.

Note that chains are ranked by the number of locations in California in 2021. Since many restaurants have shuttered during the pandemic, these figures are expected to differ from the current actual count. Fast food, fast casual, and coffee chains were considered for the list.

Data was available for 88,559 restaurants in California, of which 34,397 are chain restaurants.