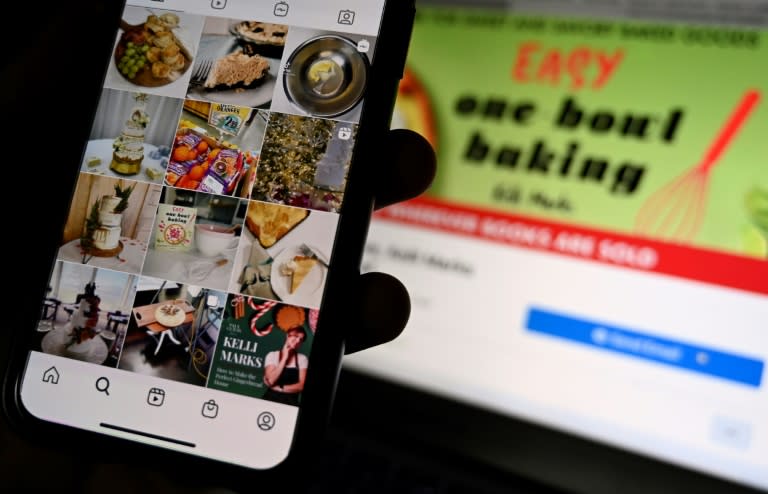 Pastry chef Nick Malgieri was scrolling through a food blog when he came upon a recipe for panettone, a puffy sweet bread that the author said conjured up fond memories of Christmases spent with his Italian grandmother.

But it quickly became clear that the instructions were all too familiar.

“I started reading the recipe and I said, ‘This is my recipe!'” he recalled in an interview with AFP.

Malgieri’s unpleasant experience was unfortunately not a one-time thing. After decades of work and 12 published cookbooks, the American expert baker has seen his work all over the internet — reproduced without his consent on numerous sites.

Some of his recipes have even been claimed by other chefs and included in their cookbooks. In one, he says he found a copy of his “food processor puff pastry, practically word for word.”

Plagiarism has become widespread in the food world. It is difficult to curb, and even more difficult to prosecute.

Given that the cookbook with Malgieri’s puff pastry recipe had a small circulation and likely minimal profits, Malgieri’s publishing house opted not to even file a complaint.

When chefs do look to the US courts for relief, the chances of getting recognition of their copyright or a monetary settlement are seen as remote, because recipes are generally not protected under intellectual property laws.

“A recipe is just a listing of ingredients and simple instructions,” New York-based attorney Lynn Oberlander, who specializes in the area, told AFP.

“How can you copyright, for example, scrambled eggs?”

Were that a possibility, she says, given there are not an infinite number of ways to prepare the dish, a chef could ultimately keep another from including the dish in a cookbook.

The only hope for chefs wishing to protect their concoctions may rest in recipes that include “enough original literary expression,” either in the instructions or in the historical narrative, to be considered unique, Oberlander says.

As recipe plagiarism has multiplied in recent years, cookbook authors have done just that, using “more descriptive stuff” in their written work, according to Jonathan Bailey, a consultant on plagiarism issues.

The only risk? Readers sometimes find the extra verbiage “annoying,” he says.

Singaporean chef and author Sharon Wee accused Elizabeth Haigh of having “copied or paraphrased” recipes and other passages from her 2012 book “Growing Up in a Nonya Kitchen,” which recounted her experiences cooking with her mother.

Wee said she was “distressed” by the incident, which resulted in Haigh’s book “Makan” being withdrawn from circulation.

But in a business where the reinvention of classic dishes is commonplace, where does inspiration by another chef’s work end and plagiarism begin?

In France in the 1980s, chef Jacques Maximin wanted to launch a group that would protect chefs’ creations, to fill the legal loopholes.

His proposal prompted a firestorm of criticism from top chefs.

Paul Bocuse said he was “perplexed” by Maximin’s idea, saying all chefs “take inspiration from others” and admitting he had “nicked” the idea for one of his signature dishes from “an old guy” in France’s Lower Ardeche region.

There is still significant disagreement on the issue.

There have been calls on some food blogs to end plagiarism, with explicit instructions on how to correctly credit the work of another chef.

“The internet has made plagiarism a sport,” Malgieri says, with some recipes cropping up on “20 or 30” blogs at the same time.

For Kelli Marks, an Arkansas pastry chef who sells wedding cakes in the Little Rock area via her website, most food bloggers have no illusions about the idea that some of their content might eventually show up elsewhere.

When she wrote her first book last year, she said she was careful to “go through and check my recipes” to make sure she was only sharing ideas that she herself had created from scratch — a process her publishers requested.

Marks says she does not believe she has yet been the victim of plagiarism, but she is always on alert; she refuses to put some of her recipes online.

“They’re so important to me, and I would hate for someone else to take something I’ve created,” she said.