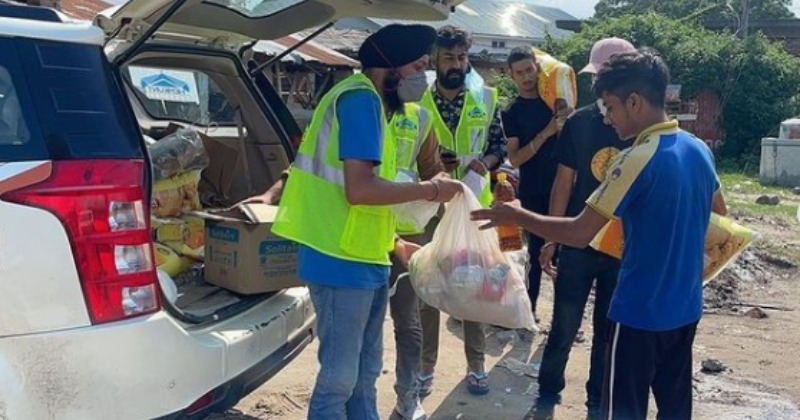 The second wave of coronavirus pandemic was chaotic in the country. People were unable to arrange for oxygen for their loved ones. The visuals of the crematorium were terrifying and the lack of vision by the government was quite apparent.

This is when many NGO’s came to the rescue of people. The most heard of and hard-working among them was the Hemkunt Foundation that is based out of Gurugram. From oxygen cylinders to providing food, the foundation had been putting its best foot forward in order to serve those in need.

Now that things have simmered down a little on the pandemic front, the NGO is helping out those affected the most due to the worst humanitarian crisis in recent times – the Afghans.

Soon after the Taliban took control of Afghanistan, the Indian Airforce’s C-17 aircraft have been sent over to Afghanistan to rescue people of Indian origin and get them to India.

Now, even though these people have left Afghanistan, they are lost as to how to start all over again in India.

They are also recreating a tent city model like Singhu Border which can accommodate over 500 people.

Harteerath Singh, whose family runs the NGO said, “In our tent city, we will be giving food and accommodation to refugees and Afghans who are here legally only. The women will be inside a permanent structure, and the men will be inside waterproof insulated tents. We have coolers, water, food and all kinds of provisions for them to be comfortable.”

The foundation will take in all Afghan nationals irrespective of their religion and caste, passports and visas will be checked.

Similar efforts are being undertaken by the Khalsa Aid International which will be launching a helpline soon to make help accessible to those flying in from Afghanistan.