Farming ministers today called for sustainability considerations to feature more prominently when it comes to setting food safety standards for international trade. In conclusions approved at the Agriculture and Fisheries Council, ministers recognised the crucial role of the Codex Alimentarius Commission (CAC) in facilitating the transition to sustainable food systems, and reaffirmed the EU’s commitment to maintaining high standards and fair practices. They also highlighted the EU’s willingness to explore, together with its partners, all pragmatic ways of integrating sustainability considerations into the work of the CAC, in line with commitments made by its members at international level. 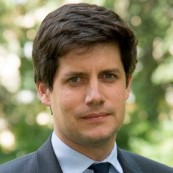 As a member of the Codex Alimentarius Commission, the European Union plays a vital role in ensuring that food traded internationally abides by high standards. Adding an environmental dimension to these standards is necessary for the sake of reciprocity and in order to achieve the transition to sustainable food systems.

In its conclusions, the Council recognised the essential work of the CAC in ensuring that food products imported into the EU respect the highest possible safety standards. Nevertheless, it acknowledged the need for the CAC to evolve in response to recent developments including increased environmental challenges and changing consumer expectations regarding health, food and nutrition. Ministers also called on the CAC to improve coordination of standard-setting among international and intergovernmental organisations such as the Organization for Economic Cooperation and Development (OECD) and the International Organization for Standardization (ISO).

The Council highlighted the contribution made by the EU and member states in terms of providing scientific expertise as part of the expert committees that support the work of the CAC, and called on member states to continue providing this support.

The Codex Alimentarius (“food code”) is a set of standards, guidelines and codes of practice aimed at protecting consumer health, promoting fair practices in the international food trade, and coordinating work on food standards carried out by international governmental and non-governmental organisations. It is managed by the CAC, an international food standards body established in 1963 by the Food and Agriculture Organization (FAO) and the World Health Organization (WHO). Both the EU and its member states are among the 188 members that make up the CAC and negotiate recommendations on food safety and quality.

The international context in which the CAC operates has changed considerably over the past sixty years, with advances in science and technology, a steep rise in global food trade, and unprecedented climate change, biodiversity loss and degradation of the planet’s ecosystems. As a result, food systems are facing major sustainability challenges, as highlighted by the recent United Nations Food Systems Summit.

Codex standards are voluntary in nature and need to be transposed into national legislation in order to be enforceable. They also act as a reference in WTO trade disputes. They cover a wide range of areas, including animal feed, antimicrobial resistance, nutrition and labelling, and pesticides.