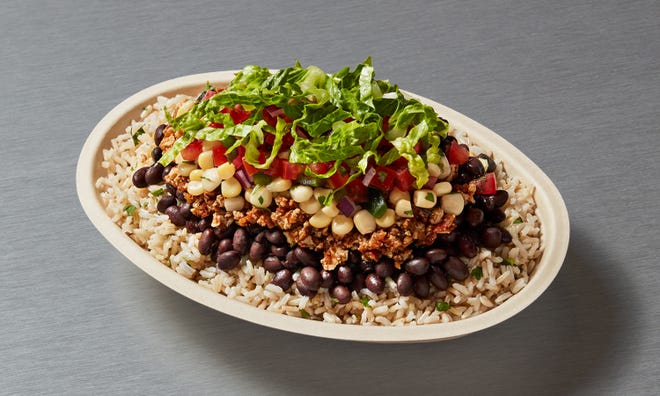 Plant-based eaters, once limited to wimpy salads minus cheese and often without dressings that contained dairy, have increasingly more options at some of the most recognizable U.S. fast-food restaurants amid growing company commitments to diversify protein offerings and cut greenhouse gas emissions created by animal farming.

But for every Starbucks, which introduced its Impossible Breakfast Sandwich in 2020, and Pizza Hut, which is testing a plant-based pepperoni topping, are “Dining Dawdlers” like McDonald’s, Subway and Chick-fil-A, according to a first-of-its-kind report to be released Monday on World Vegan Day by World Animal Protection.

Cameron Harsh, programs director for the nonprofit animal welfare organization, described the 24-page report as a guide to help “individual consumers align with the restaurants that share their values,” but stressed that “a lot more progress” is needed to reduce the production and consumption of animal proteins for the sake of the climate and general health.

“What the ‘Menu Movers’ in this report have done is not just added plant-based alternatives to their menus and called it good, they’ve actually talked publicly … about the benefits of these products,” Harsh told USA TODAY.

In its “Moving the Menu” report, shared first with USA TODAY, World Animal Protection graded the country’s 50 largest fast-food chains on their efforts to vary protein offerings, highlight the benefits of plant-based eating in their corporate social responsibility reporting and make public commitments to reduce the use of meat and increase vegan and vegetarian menu options.

World Animal Protection, while not a vegan or vegetarian organization, advocates eating less meat as part of its mission to “change animals’ lives for the better,” according to its website. One of the group’s primary initiatives is Meating Halfway, a 21-day custom plan designed to give individuals and families accessible tools to reduce meat and increase plant-based foods in their diets.

An early trendsetter with sofritas, a menu staple since 2014, Chipotle remains focused on pushing more vegetables and plant-based products to the “center of plate,” said Stephanie Perdue, the company’s vice president of marketing. The Mexican grill is now testing a meatless chorizo – free of gluten, soy, nuts and grains – at its Denver and Indianapolis locations.

What is COP26? Your quick guide to United Nations climate change summit in Glasgow

The popularity of sofritas, made from shredded tofu flavored with chipotle chiles, poblano peppers and a blend of spices, has only reinforced Chipotle’s thinking. The company expects to source 4.9 million pounds of organic tofu this year from Hodo Soy Beanery in California, up from 4.2 million pounds in 2020.

“We knew that if it’s craveable, you wouldn’t miss the meat,” Perdue told USA TODAY. “You still get all those layers of flavors.”

Taco Bell, which already offers more than 15 items on its “Veggie Cravings” menu, is also testing additional plant-based options – including its Cravetarian meatless protein made from a seasoned blend of chickpeas and peas.

“With more than 7,000 restaurants nationwide and consumers’ growing sustainability concerns, we see the opportunity – and responsibility – to make a positive environmental impact,” said Missy Schaaphok, Taco Bell’s director of global nutrition and sustainability, adding that consumers shouldn’t have to “choose between crave-ability and responsible dining.”

In its 2020 Global Environmental and Social Impact Report, Starbucks said, “To meet our 2030 goals, we set five key strategies, rooted in science, grounded in Starbucks Mission and Values, and informed by comprehensive market research and trials: Expand plant-based menu options.”

While the COVID-19 pandemic delayed plans to test several plant-based dishes, Panera said its “long-term aspiration is to have a menu where half of our entrees are plant-based,” according to its most recent sustainability report.

Thirty-nine of the top 50 fast-food restaurants, however, aren’t taking meaningful steps to provide vegans and vegetarians with much more than the ketchup packets next to the napkin dispensers, according to the World Animal Protection report.

The message for those straggling chains, Harsh said, is to recognize the plant-based movement as an “important and necessary direction” for the sustainability of the planet – and for their bottom line.

“To not catch up,” he said, “is going to be detrimental to their business.” 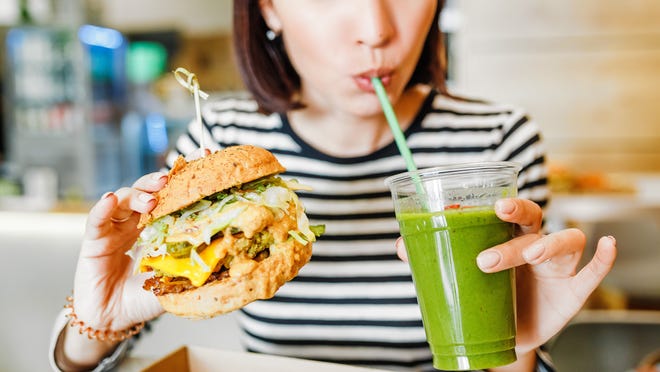 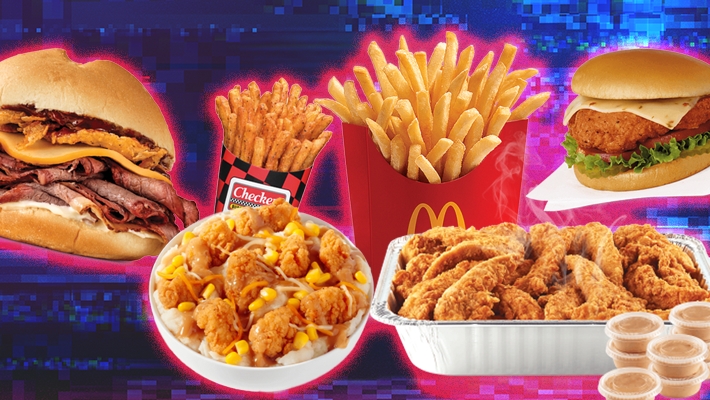