An arrest has been made in connection to a shooting incident that happened outside the Captain D’s restaurant at Covert Avenue and Highway 41 in Evansville, Indiana on Wednesday.

Police say 22-year-old Hope Malin of Evansville was arrested in connection to the incident, but that she wasn’t the one who pulled the trigger. 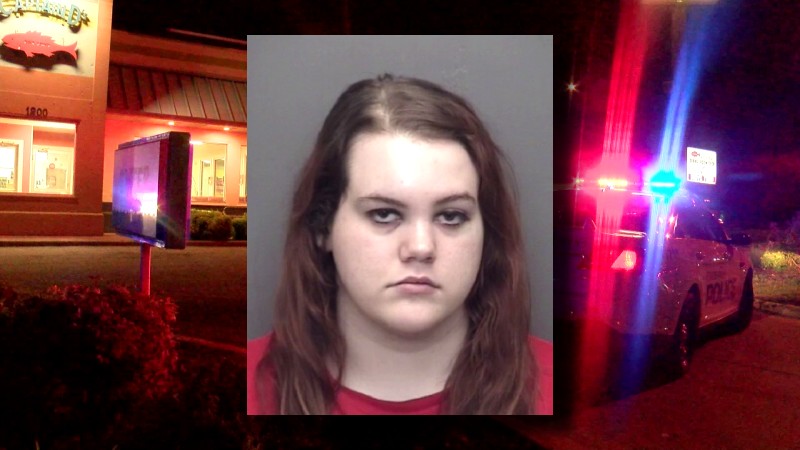 We’re told that Malin, along with several other individuals involved in the incident, were employees of the restaurant.

One employee who spoke to police at the restaurant said that the shooting victim called Malin a name that upset her, which led to Malin calling a man to the store.

The employee told police that Malin eventually hit the shooting victim several times with brass knuckles in the parking lot of the restaurant and that when he struck her back, the man who Malin had called to the store shot him.

When police went to the hospital to speak to the employee who was shot, they say he told the same story as the employee they spoke to at the restaurant.

Malin was arrested and booked into the Vanderburgh County Jail on charges of Battery With a Deadly Weapon and Battery With Moderate Injury.

Police say they’ve identified the shooter in the case, but that information hasn’t been released at this time.