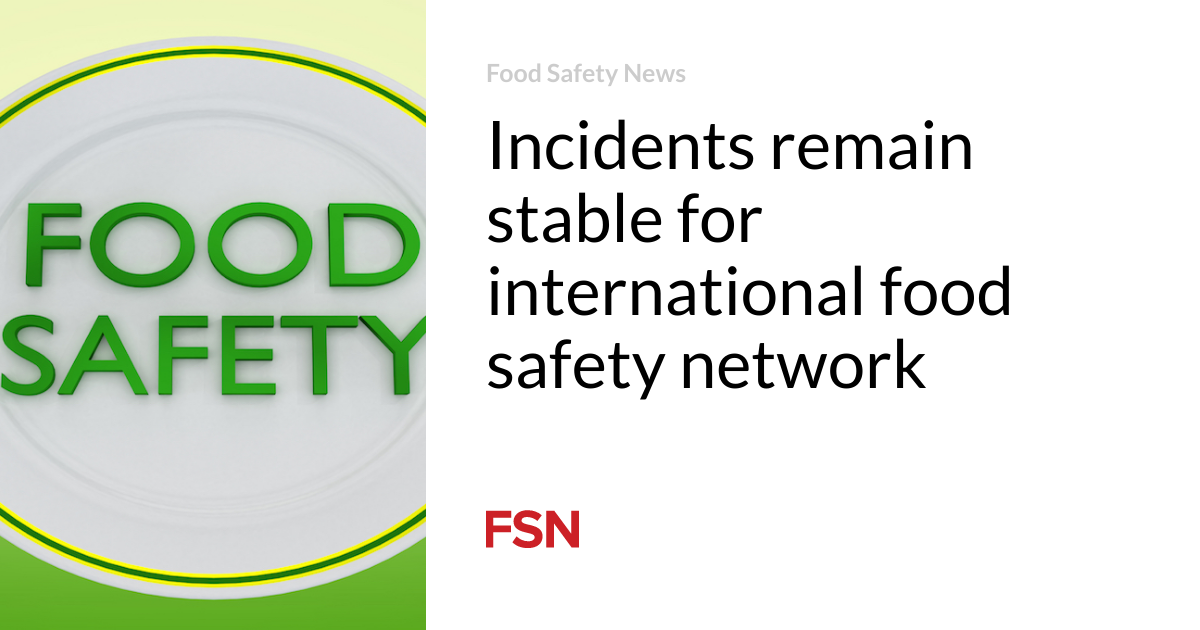 The number of food safety incidents involving an international network has stayed almost the same in the second quarter of 2022.

The International Food Safety Authorities Network (INFOSAN) was part of 46 alerts from April through June this year compared to 47 in the first quarter of 2022.

A total of 22 incidents involved a biological hazard with Listeria monocytogenes behind eight and Salmonella causing seven. Norovirus was responsible for three and hepatitis A for one. The hazard has not yet been identified in two cases.

Seventeen alerts were because of an undeclared allergen or ingredient such as milk, shellfish, peanuts, almonds, egg, gluten, hazelnuts, mustard, sesame or soy.

Five were because of a chemical hazard such as aflatoxin, chlorpyriphos, histamine and alkaloids and two involved a physical hazard; one for metal and one for plastic.

Involvement in Jif peanut butter outbreak
INFOSAN is managed by the World Health Organization (WHO) and Food and Agriculture Organization (FAO) of the United Nations.

Food categories most commonly involved were snacks, desserts, and other foods, fish and other seafood, composite food and herbs spices and condiments.

More than half of the 46 incidents were reported to the secretariat by INFOSAN members, a third through the European Commission’s Rapid Alert System for Food and Feed (RASFF), and the rest by other WHO internal channels.

Through the Emergency Contact Point (ECP) in the United States, the INFOSAN Secretariat was told of an outbreak of Salmonella Senftenberg with 16 cases linked to Jif peanut butter products and a related recall by the company.

Implicated products linked to the outbreak were distributed internationally but no illnesses in other countries have been reported.

Building awareness
INFOSAN was involved in events in Nicaragua and Sudan to mark World Food Safety Day on June 7.

In the former, the role of INFOSAN in prevention and response to food safety emergencies was presented at a national forum on food hygiene.

In Sudan, INFOSAN was part of a three-day virtual training on foodborne outbreak investigation, with help from the WHO Eastern Mediterranean Regional Office/Regional Center for Environmental Health Action and the U.S. Centers for Disease Control and Prevention. Training of Sudanese authorities aimed to build capacity to investigate and respond to food safety issues.

INFOSAN was also present at workshops and webinars in Serbia, Mexico and Guatemala.

Staff from the network participated in a two-day workshop run by the WHO Western Balkan hub in Belgrade. It aimed to strengthen capacity to rapidly exchange information during food safety emergencies. A simulated exercise covered risk communication and the processes and procedures of INFOSAN. Attendees spoke about the main barriers to exchange information during emergencies and prepared recommendations for improvement.

A webinar to introduce INFOSAN was organized for staff from the Federal Commission for the Protection against Sanitary Risks (COFEPRIS) in Mexico. Recent examples of food safety emergencies communicated and managed through the network were presented.

In April, Guatemalan authorities took part in a national workshop to improve participation in INFOSAN and to clarify roles and responsibilities of members. In May, INFOSAN helped organize a meeting to improve Cambodian engagement with the network.